The film It, talks about a group of kids trying to survive to they worst fears, facing “Pennywise” a creature that will transform on your worst fears. It are a film\book by Stephen King, a popular horror book writer, in fact, this film, obviously, were based and inspired by the book.

The film was directed by  Andy Muschietti. He made films like: ” Mama”, a horror movie in 2013 and he will direct the second chapter of It in 2019. It (film) will be separeted in two parts.

“It” is a horror movie, that starts in Denry, a city in America, under atack by Pennywise, the monster that eat kids and taste then fears. When Georgie, a little kid is missing, the goup ” The Losers” have to figth back with Pennywise and finish the deaths in Denry.

The plot is so catching and sometimes its a little bit funny. The plotmade me feel into the movie, like i was made part of “The Losers”. The violence, the jokes, the jumpscares are so good, that it looks like its real. The movie got GREAT actors like Bill Skarsgard and Sophia Lillis and “It” includes theactor from “Stranger Things” Finn Wolfhard. The movie its slow, it got 2 hours, but, it worth it…

And the eding is really cool.

I recommend it to everybody that likes horror movies and loves a good story our likes Stephen King art.If you had a change, see this amazing film! 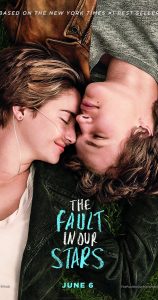 The the fault in our stars tell the story of two teens who known a support group of cancer patients.They fall in love and together, they travel to Amsterdam bacause we want know the written Peter Van Houten, your book have the question and the teen want to know the answers about the story of hazel.The film is based in the book the fault in our stars the John Green and the directed of film is Josh Boore.The film stars are Shailene Woodley and Ansel Elgort. It is a romantic drama.The story is about Hazel Grace Lancaster and Augustus Waters and the action in USA.The plot is exciting but dramatic history whith sad ending.In my opinion the boy to be live. I truly recommend it because this film is a really history.If you have the change , you see this film. It’svery good film.

Usually, in summer camps, there are many activities like sports. I think sports is the principal activity in summer camps. Paintball, Football,Basketball, sports in the forest like archery and hiking, climbing. And, in some summer camps, people can go to the beach and do sports like surf, bodyboard and maybe windsurf…I think?

In summer camps we can improve our skills and be better at some sports. We can learn new things like playing the guitar or surfing. We can learn how to paint and draw.

The only thing I think is bad in summer camps is the money that we spend. It’s too expensive.

I think summer camps can make us learn a lot of things, do something new and make new friends, but that can be too expensive.People spend too much money on summer camps.

I don’t have a favorite type of summer camp to go, but, I think the summer camps with sports are good and healthy. Sports are the activities that I would like to do. The type of sport that I prefer are water sports.

In the post, I speak about summer camps and to differents types of camps .

the benefits of attending summer camps are: the people make mew and lasting friendships,  get to have fun develop social skills, leam to respet and love the environment.

the negative aspects are: the kids alone of famaliy and un plug from tecnology.

I never been in summer camps but in my opinion the summer cams are super fun because the people make new friends.

My favorite type of summer camps are danse and photography camp. 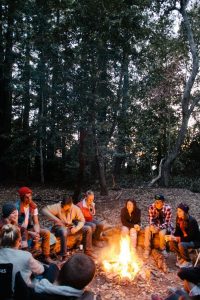